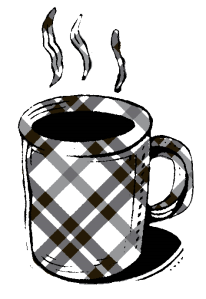 of rain and words and wanderings

All original words, art, poems, etc. are, in fact, original and copyrighted 2020. Ask before using any, thank you.

Throw some confetti and commence the apologies.

After a long silence, I finally have stopped ignoring that nagging reminder in my head that I had a personal commitment to write every weekend. I had plenty of thoughts before, all those weeks that slipped away without a post, but no time to catch them with my butterfly nets. So I had let dust settle on all the furniture around here. Before I knew it, a full month had passed. Then two. I began to pack a few things, look back over my shoulder and wonder where to start again and when. Suddenly my virtual house was making me sneeze.

At the beginning this week I talked myself into sitting down and even wrote 3/4ths of a post before giving up and abandoning it to drown in the draft bin.

Which is when I started getting the messages.

Apparently I have some telepathically-talented readers, friends, and family. I am in awe of their abilities.

As my grandmother pointed out, “I thought with the coronavirus and all you would surely have MORE time to blog.”

This, I am afraid, is the truth.

Since my life got cancelled, I have caught up in school and even gotten ahead. I have done some spring cleaning, read some books for pleasure, filled pages of my sketchbook at alarming rates, and done lots of walking/biking/driving/running around my neighborhood. I’ve even crocheted a random hat, sorted hundreds of beads, and virtually attended one meeting of friend’s book club.

But I have not blogged.

The last post I published was about my debate team’s upcoming tournament. That Saturday we competed, had an absolute blast, and even qualified to advance to state competition (though it was cancelled a month later.)

It was because of that change of pace, February 2nd passed without me noticing it was my blog’s one year blogversary. Later in the week, I realized the fact, wrote a post in celebration, and never got around to editing it.

The thing is: writing is a habit.

No more podcasts drilling your head with statistics, no more music looping your mind with catchy tunes and choruses, no more emails sliding in and cluttering your inbox (at least to your knowledge).

You have to pick a time.

You have to pick a spot.

And you just have to sit. Write, or don’t write. But sit there and do nothing else for the allotted time.

In the couple weeks after my decision to take a undefined break from writing I would find at the same exact time of day, every day, I would begin to feel restless, and then this … longing. An urge to sit down at the computer and just write.

It was because through working diligently on my novel 51 during the summer, I had unconsciously created a very specific routine.

Who said anything about numbers of words? Writing is a habit, not a race. Sure, it’s good to have word goals, but the foundation is training the brain when to stop listening and when to start thinking.

It goes beyond that in my experience. Once I said goodbye to my old blog, and started this one, with my weekly post goal, I had ever so many ideas. I had ever so many things to write about. I was training my mind to form posts through my week so that once I sat down, I would have an overflow of ideas. Talking to a friend about the BBC version of Pride and Prejudice vs. the Hollywood adaption. Finding inspiration in writing through bookbinder poetry. The occurrence of my brother’s wedding. A passing remark over a to-go box of food.

Sure, I still spent anxious moments staring at the blinking cursor, but I was working at it. The feeling of thoughts funneled into words and then into sentences on a Friday or Saturday morning, the feeling of flexing those muscles started to feel right and normal. All because I set boundaries and strove to stick to them.

In the writing community, I sometimes hear people proffer that when you’re stuck, you should remove the boundaries you have, whether they be related to time, style, or some type of personal or given challenge.

They couldn’t be more wrong.

Truth #2: Boundaries are friends, not foes (and that’s not just for the procrastinators in the room)

Two weeks I had a fantastically happy moment when I finally found someone else who voiced this opinion in this amazing interview of soundtrack composer Nathan Johnson. The first full episode I listened to of this podcast, I was very pleased. Beyond finding the section about the creation of the soundtrack for a movie called Looper fascinating (a soundtrack my brother and I have been hooked on ever since), I found the principal idea I have discovered and experienced in my own life finally said in a clear, tangible way:

“…this is like an old principle in art: the worst way to try to make something is with no rules. You need the parameters to know how to push as far as you can up against that. You need the canvas for the painting. You need to define what the playground is. And that’s the thing that lets you go all the way up to the edges of it.”

This is why my thirteen-year-old self’s freestyle poetry mass produced every day flopped out of the machine as nothing more than soggy deflated balloons. I had no boundaries. I just threw pretty words together on the page. This is why at the beginning of 2019 when began reading The Roar on the Other Side and learned the forms, I began to see clearly the boundaries I had set (writing sonnets, writing haikus, etc.) and learned to be creative within them – practicing my imagery inside them.

This is why once I made the goal “post every Friday,” I knew my boundaries, worked toward them, and created within them. I stuck to religiously to that goal for almost an entire year.

For 51 it was to write a novel in 1st person, present tense – something I had never done before.

And finally while I have been absent I have again realized a third thing.

Shoutout to the telepathically-talented few, those that prick you with forks, and those that raise their eyebrows when you’re making a bit too many collages and inspiration boards for your new WIP, while the actual draft is sitting in the corner.

They save your (writing) life.

other bric-a-brac from the past couple months

Until then, be careful out there!

(*as usual note content warnings, these films are not necessarily recommended*)

Have you ever just wanted to write for the sake of writing?

Nothing planned. Nothing plotted.

After a long day of pounding out papers and scratching out math equations, just you and your thoughts winding out slowly onto the page, forming little splotches of black on white.

The itch comes every once and a while for me. A little itch to be wild and dreamy with some prose; to make some words purr with my wandering ponderings and watch them stretch out and then curl up before the fire.

Maybe EvEn BREAK the RUles and cApitAlIzE in STRANGE wAys

Well, the itch has come today, and I’m afraid I will indulge myself in satisfying it with a scratch.

Already I’ve made some alliteration for the sake of alliteration. I’ve sprinkled in some personification and metaphors, and stirred in a tasty verb or two.

Art is easy to compare to soup.

You dump in a little of this and a little of that, like Amelia Bedelia baking up her lemon meringue pie, and then watch the colors swirl. Add a pinch of seasoning, and take a deep breath of the spicy smell.

There is something unmatchable about learning from trial and error. It is personal and it is physical, unlike that advice found on scraps of paper books. These lessons learned have scars to prove it.

Well this past month was Camp NaNoWriMo and I learned a few things.

When you have a complicated time-traveling plot that twists and turns on itself, you might want to plot it out in greater detail before diving straight in.

Who knew my six pages on the workings of time-traveling would not be enough? Maybe I should have written more than half a page on the actual plot?

At that point, I was going to essentially burn it to ashes and then throw those out the window, but my oldest brother was visiting for the week and we began talking about it. Suddenly, explaining the plot, I began questioning my decision: Wait, what am I thinking? I love this story! I love these characters! Why give up on them??

Well, thankfully, said brother came to the rescue and gave me a good picture of what happens in my story, giving insight and blowing my mind!

There, doesn’t that clear everything up?

One of my other brothers saw it sitting out the other day and asked, “Were you guys just destressing?”

No, I promise that graph makes sense to me.

So, at the moment, instead of throwing out the lovely, tangled manuscript, I will lock it up and wait for it to gather some dust, and until then I will work on fleshing out some timelines and charting the plot.

I also want to brainstorm different ways to tell the story. I was having trouble telling such a complicated plot through my third person narrative. (Maybe time to try the fun of rambling in my character’s personas?) Well, I have a couple ideas up my sleeves.

Beyond all that, I discovered that even the worst of times can be turned into great art!

“Frantically finishing finals” is an amazing alliteration, don’t you agree? 😉

…but I have some math to catch up on. Sooo… *gathers up confetti to save until that glorious day of true freedom*

But! Tuesday was the one year anniversary of The Flabbit Room’s Ildathore project. *throws confetti again*

I might say something more about my writing family, but it would end up being a mix between sappy sentences and a incoherent jumble of inside jokes.

So, instead let me delight over my Google drive folders which I discovered can be colored!

Well, fare thee well, friends! I wiLL REturN neXt wEEk for mor fun.